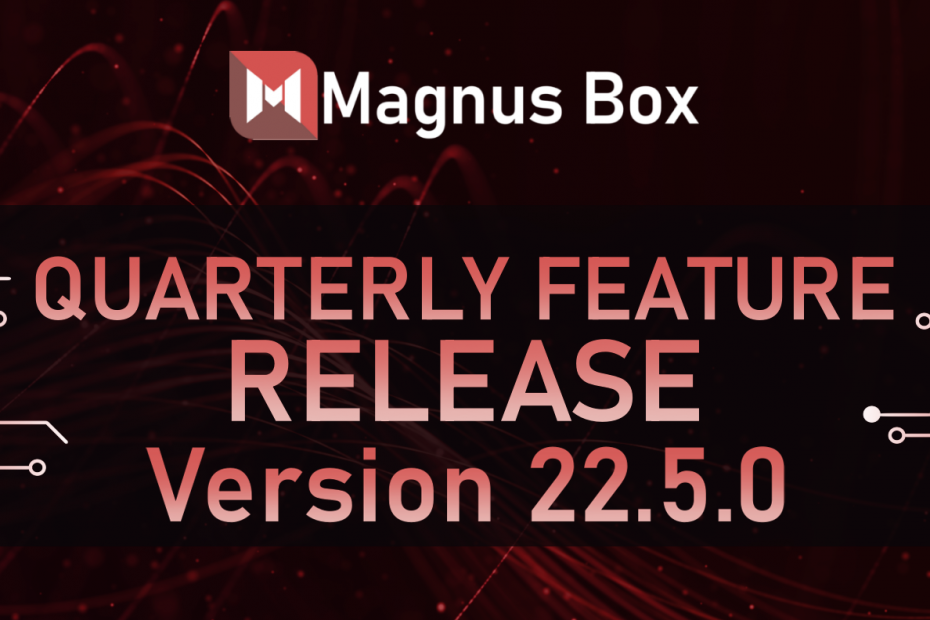 Magnus Box version 22.5.0 is now available. We will begin pushing the update to the servers and endpoints on Wednesday, June 1st. We do not expect any downtime with this quarterly feature release.

No comments to show.